INSIDE THE GLITCH KEYBOARD 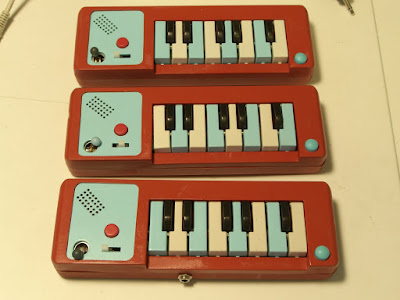 yeah, i should really think up a better name for this design.any ideas?
first step: gather toys and parts
glitch circuit. this is not the actual toy that i used but it is similar. the glitch comes from shorting the clock speed resistor. the reset is a normally on tactile switch that disconnects the power to the circuit when pressed. the pitchbend is a 10k pot with the outer lugs connected to ground via 10k resistor and to vcc via 27k resistor. 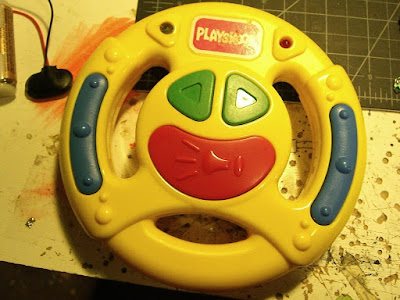 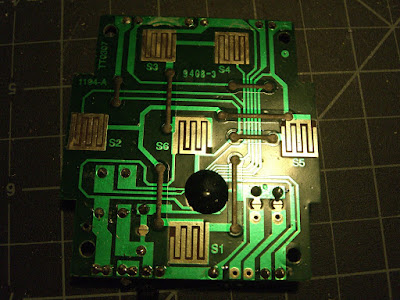 the circuit is too large to fit into the keyboard so i consolidate the circuit and cut it down to a more reasonable size. 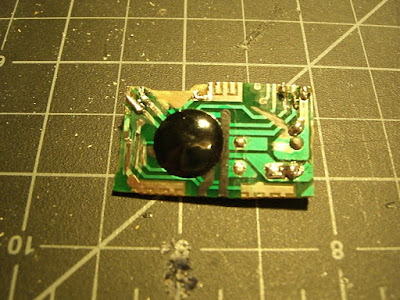 the drum circuit is pretty generic. i found two boxes of 12 at an outlet store and bought them all. 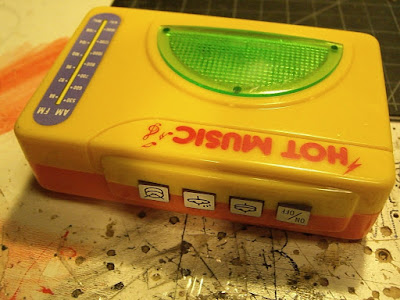 this circuit can be found in many different drum toys, but these are much smaller in size making them easier to work with. the pitch bend is the other 10k pot on the joysick with a 15k to ground and a 22k to vcc. the npn transistor on the left used to drive an led. i used this point to trigger the keyboard. 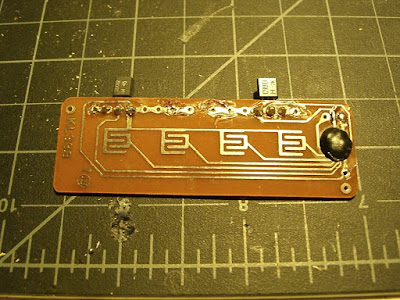 the keyboard is a super cheap toy! the plastic is very thin and sensitive to heat. when hotgluing everything together, i have to keep the plastic cool by blowing it with my airbrush until the glue is cooled. on the other hand, this plastic is extremely easy to cut with an exacto knife. this makes cutting the faceplate section out a breeze. 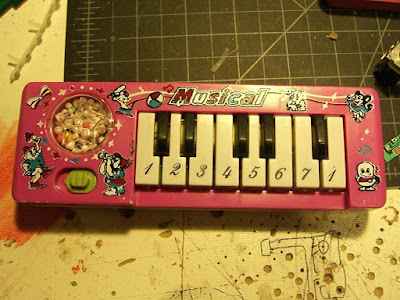 the circuit in the keyboard is unimpressive. there are no components whatsoever. the circuit loses power when you hit the keys and it sort of detunes the note maybe to get more of a piano envelope or something. there is a demo mode, but i left thos out of the interface. the 8 notes activate by connecting them to vcc. i cut the connection from the vcc to the keys and rerouted them to the drum circuit's LED output. this way the keys will only be triggered if the drums are played. also, the keyboard output is fed to the base of the drum circuit's output transistor. this gets rid of that bad "piano" envelope and the keyboard audio is modulated by the drum sounds making it sound all "8-bit". 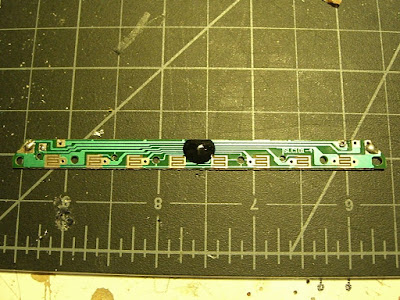 in order to use the drum and glitch circuit, i utilize the the unused black keys. for this i have to add a small circuit board. 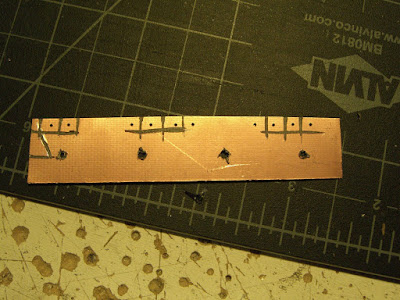 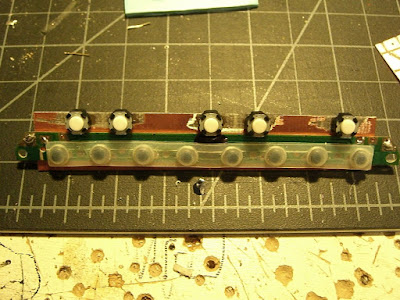 the joystick is just a run of the mill game controller joystick. i found some little plastic beads and drilled tiny holes into them to replace the big hemispherical caps that were originally on them. i also took the joysticks apart and removed the spring the holds the stick in the middle. this way the stick will stay where ever you leave it. 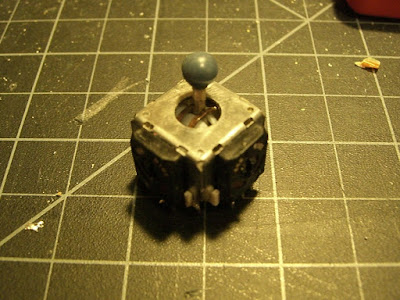 putting it all together is pretty easy as long as everything is working properly(and you used a 15k not a 51k resistor). after about the 5th time building one of these, it comes together pretty fast. i finished the last of 3 today. from start to finish it took about 2 hours. 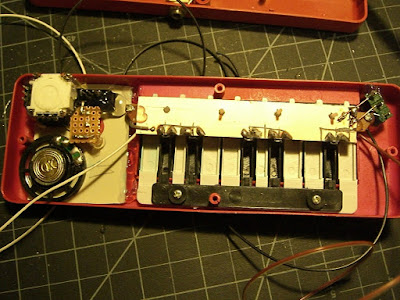 since there is not a lot of room in these, i like to keep the wires as short as possible. here are some peeks into the inside of a finished one. 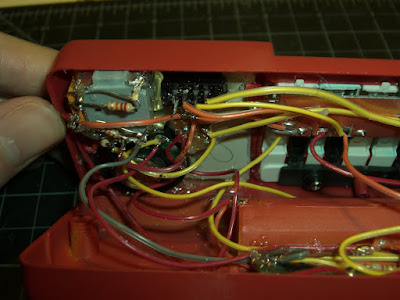 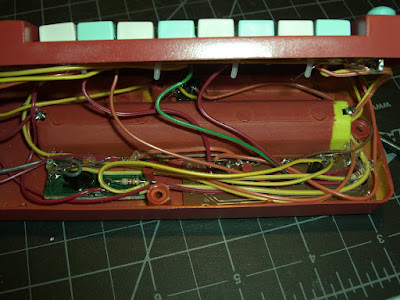 and the finished product

each one of these is slightly different. the one with the blue joystick's audio is mixed differently that the other two, and the one on the bottom has the line out in front of the keyboard(thats because i'm an idiot). to hear these 3 in action, watch this video.