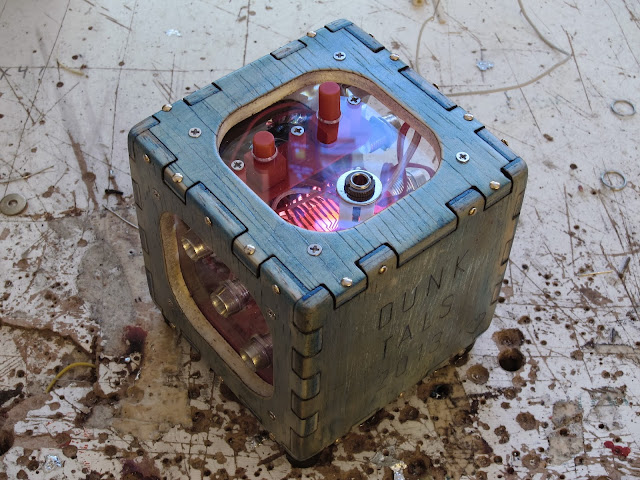 As many may already be aware, my baby-bro got married this weekend. the ceremony was exceptionally original and beautiful, and that means a lot coming from me. i have never really been a huge fan of weddings, and yet, i seem to enjoy them a little bit more than i used to... as well as being one of the groomsmen, i was also responsible for building the alter. it was an outdoor wedding in the high-desert at sundown. i was given the task of building thirteen red glowing sign letters that would spell out LOVE GROWS WILD(the overall theme of the wedding). fabricating the sign letters proved to be a long and difficult process, but after about a month of experimenting with different materials and techniques, i was finally able to come up with a design that would be economical yet effective.
After the signs were approved and built i just kind of figured, cool, that will be my gift to them. i had wanted to also build them a little wedding-music box like i have done in the recent past for other friends who have gotten married, but i had already lost too much time on the sign letters.
A couple of months went by and the wedding was just a few days away. i had just finished rebuilding my "NOVELTY SYNTH", and i had a little extra time. what the hell, i would build them a WED-BOX. may as well keep this pseudo-tradition alive. i quickly got to work building a circuit. i found a little toy keyboard chip that had 16 diatonic notes. each note would be multiplexed through a CD4067 chip. the 4-bit word that would determine which note will play is generated by four separate light controlled oscillators. a fifth light controlled oscillator would gate the 1-of-16 note input, giving it the ability to re-trigger each note at one frequency. the audio would then be sent to a PT2399 delay chip. the delay rate would also be controlled by a light sensor. once the circuit was mostly-working on the breadboard, i quickly got to work designing the circuit board in two parts. the two circuit boards would be stacked, and the keyboard chip would be soldered to them. once the circuit boards were engraved, populated, and working. i went to work on the box. it is a little bit larger than the ones i have built in the past. this one was 80x80x80mm. i needed the extra room though, and the dimensions are still attractive. i decided that there would be three windows on the box to show the inner workings. once the design was created, i cut out the pieces with my laser-cutter. i was actually pretty surprised that after two years of owning the laser, it can still cut through 1/4" plywood in one pass. i glued up 5 of the six sides and closed up whatever gaps in the edges i could find using a little watered down wood glue and 800 grit sandpaper. i used an airbrush to whitewash the inside surfaces. i thought it might look kind of cool if the circuits were all monochromatic too so i used the airbrush to paint them all red. i used some heavily diluted blue watercolor paint to stain the outside of the box. after giving it one good rustic coat, i found that i could give it some nice water-markings by blotting some fresh paint on the dry areas. once i was satisfied with the stain, i gave the box a few good coats of semi-gloss polyurethane. once the polyurethane was dry enough to handle, i got to work assembling the box with all of its hardware. i finished the box in time to spend a day or so with visiting family before the wedding. the gift was a success. the wedding was great. i was devastatingly hungover the next day. i'm not proud of that though. 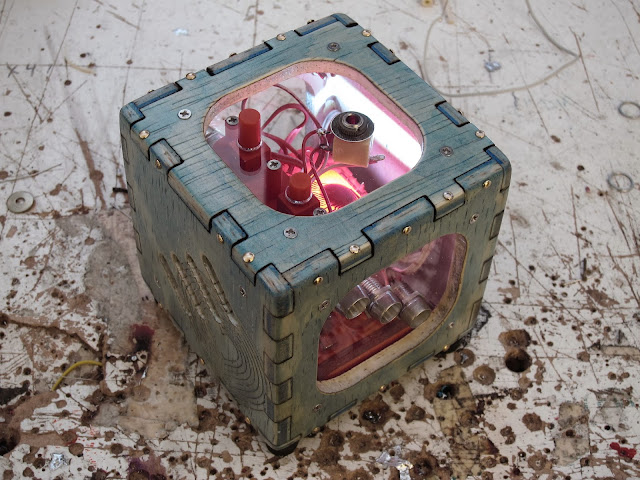 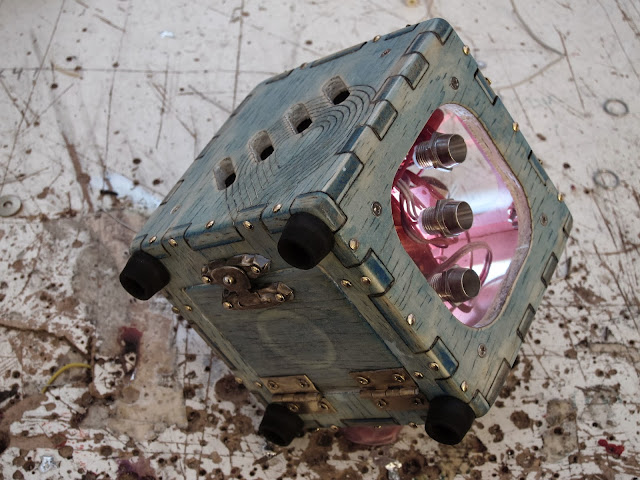 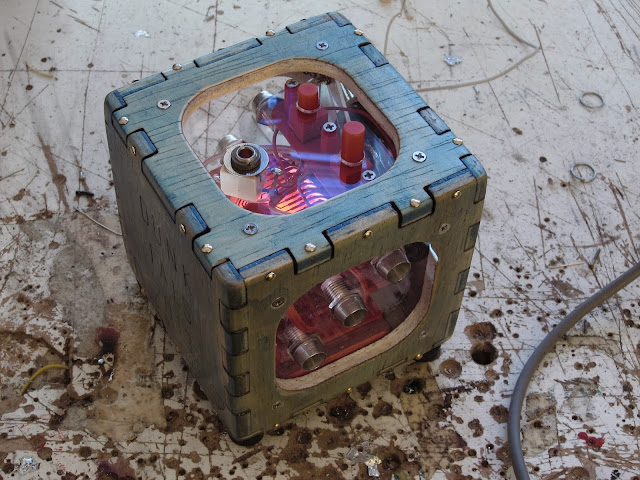 congratulations Duncan and Talia Galvin. i cant wait to meet your kids!
Posted by TANNER GALVIN